We say the word “public health” but what we really mean is more government control over our bodies. This is a dangerous concentration of power, one that has repeatedly shown itself susceptible to abuse in the past. What starts with quarantines and vaccinations then progresses to treating every politically unpopular issue (guns, cyber-bullying, skinny fashion models, large sugary beverages) as a “public health concern.” This has led to some of the saddest chapters in our history.

This concern is not merely hypothetical. We’ve seen it happen. Oliver Wendell Holmes, writing for the majority of the U.S. Supreme Court, in the 1927 Buck v. Bell, argued that forced sterilization of the “unfit” was merely an extension of the public health power of compulsory vaccination:

We have seen more than once that the public welfare may call upon the best citizens for their lives. It would be strange if it could not call upon those who already sap the strength of the State for these lesser sacrifices, often not felt to be such by those concerned, in order to prevent our being swamped with incompetence. It is better for all the world if, instead of waiting to execute degenerate offspring for crime or to let them starve for their imbecility, society can prevent those who are manifestly unfit from continuing their kind. The principle that sustains compulsory vaccination is broad enough to cover cutting the Fallopian tubes. Three generations of imbeciles are enough.

To a libertarian, the term “public health,” like “national security,” is one to treat with great skepticism. It should not be taken as a justification beyond criticism or debate. There might be public health goals that are compatible with libertarian means. But there are certainly other public heath goals that are not. A blanket authority that can be wielded for any goal a politician or technocrat happens to label “public health” is, historically, unwise. 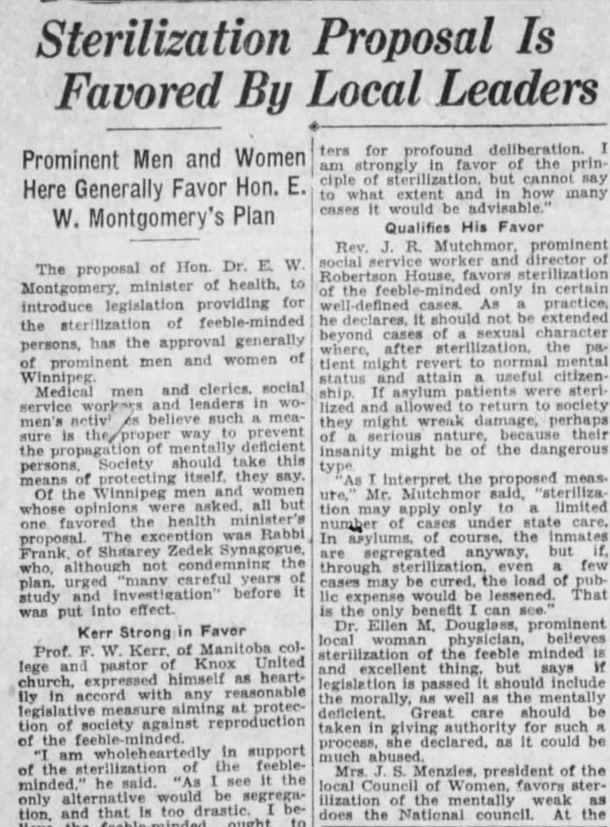 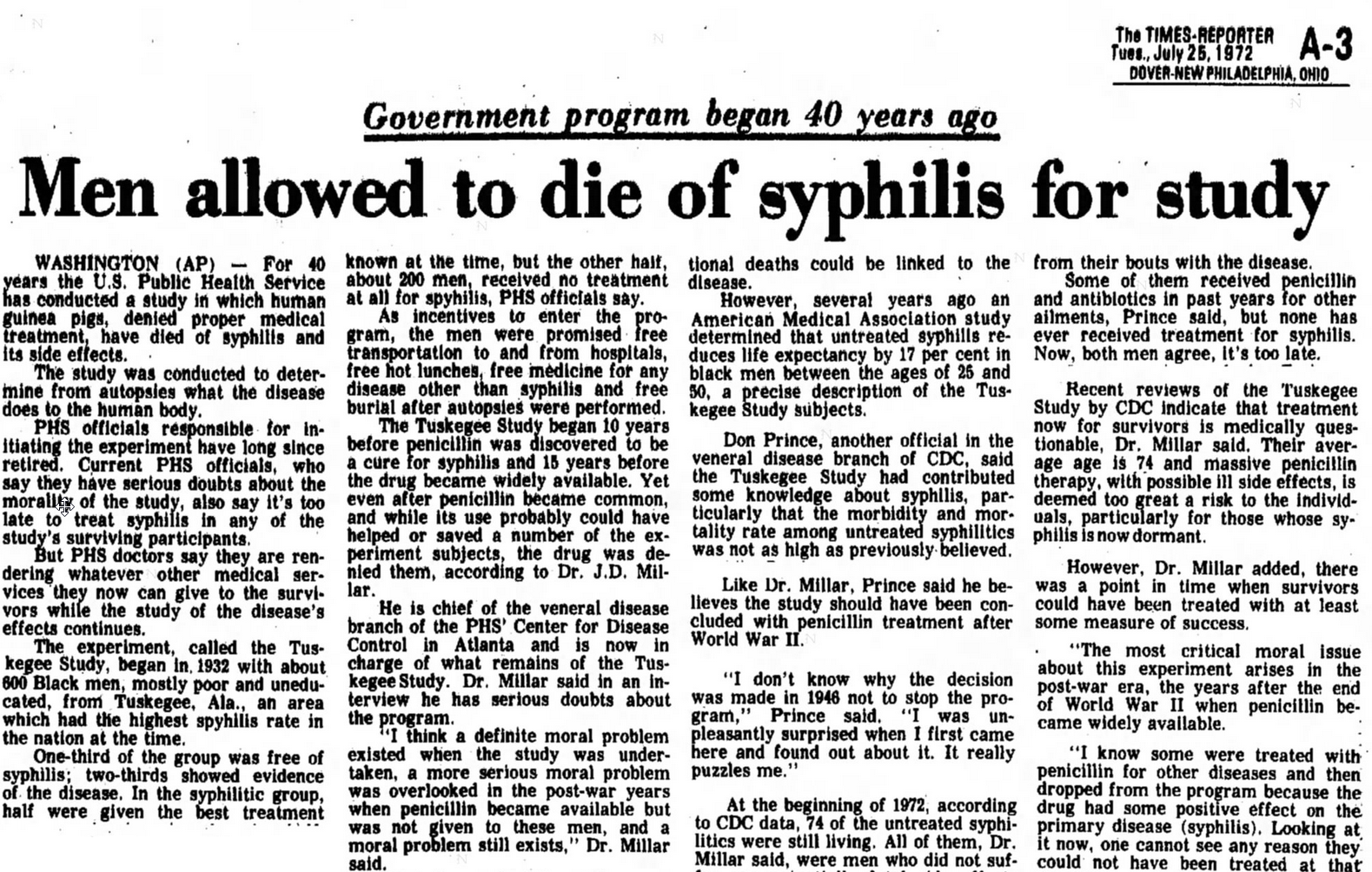 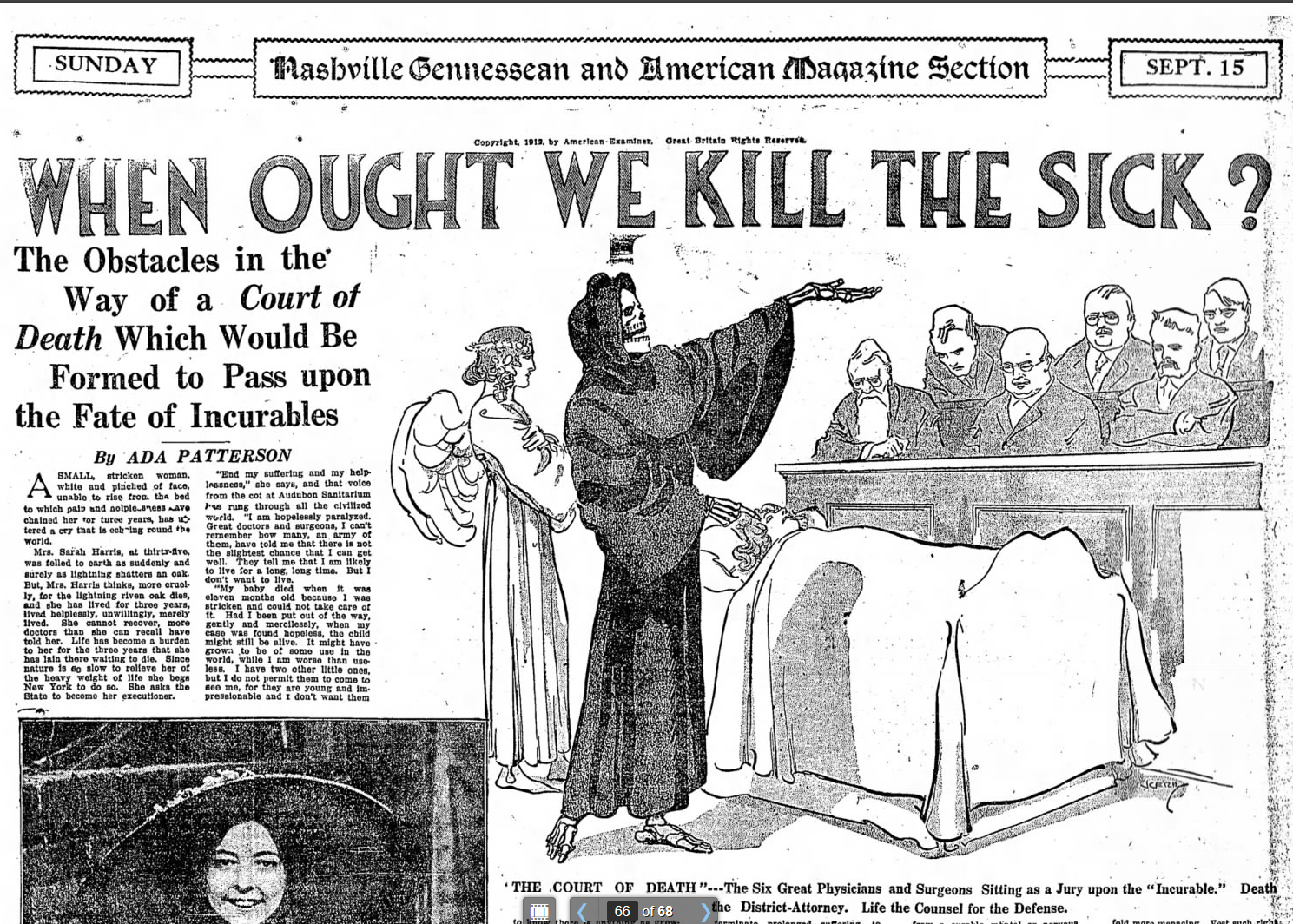 Of all the enemies to public liberty war is, perhaps, the most to be dreaded, because it comprises and develops the germ of every other. War is the parent of armies; from these proceed debts and taxes; and armies, and debts, and taxes are the known instruments for bringing the many under the domination of the few.